2-6 weeks after the vaccine: ITP (low platelets – rare and self-limited)

1960s: almost everyone caught measles as a child and while most improved without long term consequences, of the 3-4 million people infected each year in the US, approximately 500 died and approximately 4,000 developed encephalitis (swelling of the brain).

2000s: Measles was declared eliminated within the USA, but still endemic in other countries.

2010s: Measles outbreaks have occurred in at least 27 different US states and in 2014 there were 667 reported cases. The cases have occurred in communities of poor vaccination rates and the virus has been introduced by persons traveling outside the USA.

"As many of the testimonials our story isn't anything less. With an overwhelming feeling of being new parents we discovered her by chance and what a Blessing it was. Dr. Pate saved our 1st child by properly diagnosing our child at birth. This child is almost 7 and very healthy today. Dr. Pate always listened  END_OF_DOCUMENT_TOKEN_TO_BE_REPLACED 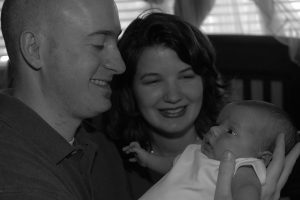 * House-call visits may be available for your newborn. Click below to request a complimentary prenatal consultation with Dr. Arnal.